We help go-to-market and product marketing leaders in B2B software accelerate sales velocity by offering the right product, with the right positioning, targeting the right audience.

All the programs start with a risk-free GTM assessment and a tailored strategy roadmap to solve your challenges. Then you'll decide if you want to continue working together, or we'll part ways without dipping into your budget.

Meet some of our clients – And what they say.

From product concept to a focused GTM strategy that overcomes potential market objections.

When Julie told us about their need to introduce a software innovation in the sales tech space, she had the experience, expertise, and team to make it happen.

However, like many of our clients, they needed extra capacity from a strategic partner to bring an objective perspective on how the product would fit into Introhive’s perceived market position. Also, market-test the concept, craft a differentiated product positioning and design a complete product offering to drive product adoption by overcoming buying objections.

Many of the go-to-market strategy core elements were there. They just needed to be focused, clarified, validated, and put together into a strategic plan aligned with how technology buying decisions are made (see Low-Risk Recipe™).

We worked as an integrated extension of Introhive’s product marketing team, helping Julie’s team to gain an innovation adoption and market strategy perspective to bring new products to market.

We gathered feedback on the product concept from influencing experts in the market ecosystem of Introhive to understand current market beliefs, competition, and potential objections to adopting the new product.

Julie was so delighted with the results that she extended our initial engagement to design and advise on go-to-market strategies for their new products and innovations.

"Predictable Innovation really gets the job done! They've implemented a best-in-class Go to Market strategy for our new products." 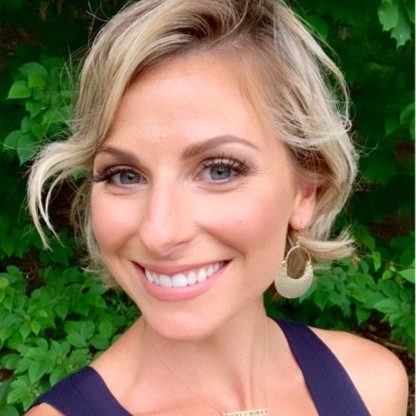 50% sales cycle and CAC reduction by segmenting, narrowing down positioning, and completing the product offering.

After closing a financing round in late 2021, Sincrolab had a runaway of 18 months. They needed to make the most of their funding round to gain as much traction as possible and secure the next round before mid-2023.

Sincrolab approached the go-to-market by generating sales through BOFU lead generation tactics with a broad positioning. They also invested in advertising and hired sales closers. At the same time, their product offering was based on heavily developing a core product with multiple features.

Five months after working with this strategy, Rebeca, the new CMO at Sincrolab, thought they might be having go-to-market inefficiencies delaying their growth. They had too many low-quality leads, very long sales cycles, and high CAC.

After consulting with us, Rebeca confirmed her suspicions. They were using hyped mainstream tactics, whereas Sincrolab was creating a new market: prescription-based digital therapeutics for ADHD. A mainstream GTM strategy doesn’t work for early markets – and the other way around.

We acted as trusted Product Marketing Consultants for Rebeca, who used our go-to-market approach based on how technologies & innovations are accepted and bought by markets.

Sincrolab moved away from a broad positioning by narrowing down its primary target segment and value proposition. They divested generalistic advertising and invested a reduced amount in targeting the new ICP. Also, they reallocated sales closing (BOFU) resources to develop and educate their early market (TOFU).

Lastly, Sincrolab applied The Low-Risk Recipe™ to complete its product offering by creating a complimentary service to prescribe its software with in-house psychologists instead of spending all its product investments on software developers to build new core features.

A quarter into the implementation of the new strategy, Rebeca’s team achieved: 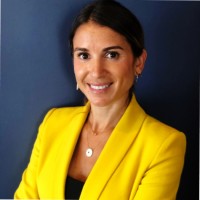 Pains and challenges we solve.

These are the most common symptoms we've detected by helping launch 200+ high-tech products. If this sounds familiar, we can help you solve them by enhancing your go-to-market strategy or Product Marketing function.

You feel that your product launches and press releases are going nowhere.

Your market doesn't get what you do or why to chose you over other alternatives and competitors.

You feel uncertain about your positioning and competitive strengths to win in your market.

You have an incomplete understanding of the value drivers for your target audience and the impact on your product roadmap and positioning.

Your strategic positioning and messaging are based on internal guessing, not market beliefs and facts.

You have a vague or no prioritization of growth opportunities and target segments.

Your competitors are perceived as better, or your product is in the wrong competitive set.

Your sales reps, marketing, and other channels create and use their own positioning messages.

Your product/company is described differently across content sources and channels.

Your product is not included in surveys or roundups by industry analysts or research companies.

Alliances and partners are difficult to secure.

Your team complains about "high prices" and long sales cycles.

All the programs start with a risk-free GTM assessment and a tailored strategy roadmap to solve your challenges.

Get a market-driven go-to-market strategy in as little as 6 weeks.

→ We'll design a complete Product Offering to win in your ICP, both in the short-term and long-term.

→ We'll craft a Value Proposition that resonates with your ICP.

→ We'll define your market ecosystem and the distribution channels to stimulate word of mouth and (re)position your product.

Get a market-tested go-to-market strategy in as little as 10 weeks.

→ Everything in the GTM Clarity program.

→ We'll build your sales pitch and/or landing page to test with the market.

→ We'll change (or pivot) your GTM deliverables with the feedback from the market tests.

For leaders looking to launch a product at scale.

Get a Fractional Product Marketing Leader™ and full-service team for a fraction of a full-time salary.

→ Everything in the GTM Certainty program.

→ Remove yourself from Product Marketing or extend your team's capacity.

→ Gain senior management and strategic GTM skills with a fractional VP or chief.

→ 100% flexible approach. We'll be fully embedded in your organization and work towards the OKRs we define together.

For leaders looking to accelerate sales velocity, or build/scale their Product Marketing function.

APPLY TO CHAT ABOUT HOW WE CAN HELP YOU

Get all the templates, lists, cases, and videos to learn everything we do to help products win.

Nailing your GTM process and product marketing strategy requires the right skills, frameworks, processes, and tools. But not all of them work for high-ticket or disruptive high-tech products. Also, they must be applied differently depending on your market maturity and product stage.

Over the past few years, we've created and tested different tools, processes, and frameworks to design GTM strategies in record time without losing the essence of our approach: doing it based on external perceptions and market beliefs, following the principles of the Diffusion of Innovations and the buying decision drivers for tech.

In this free toolkit series, we will reveal in detail the methods, templates, checklists, technologies, and vendors we use to develop and deliver go-to-market and product marketing strategies, including:

We won't spam you. We will never share or sell your personal information. Unsubscribe at any time — Obviously.

By sending the form, you consent to receive our emails with the information required.